The alternator usually produces more than 15 volts when the car is running and if there is no regulator the battery will be repeatedly overcharged and will be ruined in a short time. Not only the battery is ruined but the car’s fuses and electrical lines may also melt.

A normal battery could serve your car for three to four years or even more depending on how the car is used. Without the voltage regulator, your battery life will be shortened and will cause you more expenses in car maintenance.

How Current is Regulated?

If the regulator is set to charge the battery at 12 volts it will run short. In the long run, you will notice that the headlights dim. That tells you that the battery is being drained because it is being undercharged.

In that case, the regulator must be set at a higher voltage than the battery reserves and conserves.

In a brand new car, the company has set everything in place. But in a car used for many years and it had gone electrical modifications and repairs, the new owner may not know that there is a voltage related issue. It should be fixed as soon as possible for if not you will have more expenses due to battery ruin and electrical lines busting.

How does the Regulator work?

Either undercharging or overcharging are both detrimental to the car battery but the worse thing is overcharging. Never an alternator is running in a deficit current because it produces a maximum or even more than 15 volts.

This is the reason why the voltage regulator is a very important part of the electrical system in a car. It is to set the proper voltage for the battery that will work for all the electricity needed during the night and day operation of the vehicle.

The alternator should not work directly or it bypasses the battery, its function is to charge the battery and the battery will do its function for electrical supply for the car to work efficiently. But in between the regulator does its work also.

From 220 volts to 6 volts you can charge your phone safely.

1. Battery liquid dissipates-batteries maintained with liquid or water should stay in the for a long time in the level indicated on the battery. If it dissipates in an unexpected time you suspect that the battery is over overcharged.

2. Battery overheats and liquid boils-if you drive your car and you see liquid spills over the battery, even not much, that means it’s being overcharged.

3. Fuse Melts-You may be wondering why the fuses melt. Not only fuses but the wirings. The reason is that the battery is being overcharged. Because the battery has a limited load it releases whatever excess that it cannot contain.

These are some of the signs that you have to keep watch when your vehicle doesn’t have a dashboard that warns you of electrical issues.

In need of voltage regulators, you can have your choice of brands:

Before you leave please leave a comment on the box below. I would like to hear your stories on automotive, your driving experiences and your wisdom that would enrich the knowledge of our readers.

Thank you and you can also watch videos related to this post: 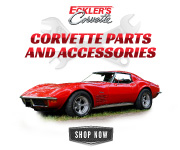